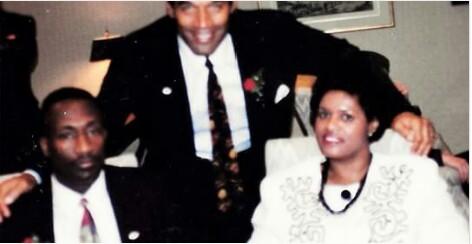 Jackson, MS – The Buffalo Bills had finished the 1971 season with a dismal record of 1-13 and I had just been traded from the Denver Broncos for what was then termed the trade of the year. A linebacker for linebacker swap, where the Buffalo Bills felt they had gotten a real steal. As the deal turned out I was later voted All-Pro by the Associated Press International (API) and United Press International (UPI) that year. However, I was snubbed for Rookie of the Year honors by the Broncos. That title went to Colorado’s favorite son of the times Bobby Anderson the Broncos first round draft choice the previous year as I was tagged by the Broncos in the ninth round by head coach Lou Saban. Although Anderson started a hand full of games and managed 83 carries and 368 yards with four touchdowns that year the rookie of the year honor was bestowed on him. Then on the other hand as a starter of every regular season game as a rookie with at least two players of the week runner-up accolades along the way the Rookie of the year title slipped past me. I might add I had a sack for a safety against the Pittsburg Steelers rookie quarterback and future NFL Hall of Fame, four times Super Bowl Champion Terry Bradshaw. Now, with that segway, I arrived in Buffalo with the same expectation I had going to Denver as a rookie two years prior. I came to start at outside linebacker and make the Buffalo Bills a better team and contend for a Super Bowl.

Everyone had heard of the phenomenal University Southern California (USC) runni……….(Read More)