“For I am not ashamed of the gospel of Christ: for it is the power of God unto salvation to every one that believeth; to the Jew first, and also to the Greek.”

Reverend Dave Washington, Jr. was born, to the late Dave Washington and Susie Brown, in Tuscaloosa, Alabama, on September 12, 1948. He was the patriarch of his family. He was an uncle, a brother, a father-figure, a mentor and so many things to so many people. His father, a pastor and businessman, died when he was only 2 years old propelling him into a leadership role within his immediate and extended families. He confessed his faith in Christ at an early age as a member of St. Paul Methodist Church, where he was baptized. Dave attended Druid High School in Tuscaloosa. He accepted a football scholarship to attend Alcorn State University, where he graduated with a degree in Chemistry. He later received a Master’s Degree in Education Administration from Jackson State University. It was at Alcorn that he met and married his college sweetheart, Dianne Williams Washington, on February 28, 1970.

While at Alcorn, he played on the legendary national championship football team led by Coach Marino Casem and conference championship basketball team led by Coach Bob Hopkins. In 1969, Coach Hopkins led the basketball team to an undefeated 27-0 season. Dave was an active player on both the undefeated football and basketball teams, making him the first athlete in Alcorn’s history and the first in the history of the NCAA to play on two championship teams in the same year. In basketball, he played the forward position and in football, he played tight-end and defensive end. Dave’s athletic prowess came as a result of the tutelage of Coach Marino Casem who became Dave’s surrogate father, nurturing and raising his work ethic and skill set to a professional level.

Dave went on to be drafted by the National Football League (NFL) by the Denver Broncos in the ninth-round of the 1970 NFL draft. His eleven years in the NFL as an outside linebacker produced All-Pro years at Denver Broncos, Buffalo Bills, and San Francisco 49ers. He received multiple player of the week awards and game balls at Buffalo and San Francisco. In the pros, Dave was a kicker, linebacker and tight end. For his efforts on and off the field, he was inducted into the Alcorn State University Sports Hall of Fame and the Southwestern Athletic Conference (SWAC) Hall of Fame.

At the age of 25, and while still playing in the NFL, Dave became a real estate developer. He designed and built a middle-class residential subdivision in Port Gibson, MS, which he named Trace Hills. Upon his retirement from the NFL in 1981, he served under the administration of Governor William Winters before taking on the Directorship of the Farish Street YMCA where he developed the city’s largest little league football program. Dave, thereafter, entered the teaching profession where he taught on the junior high, high school and collegiate levels. He was part of a team that worked on a grant for Jackson Public Schools (JPS) to increase test scores of high school students and to increase STEM minority awareness for which he made numerous presentations around the country. He retired from JPS as a Health-Related Professionals (HRP) Coordinator, Interim Assistant Principal, and teacher of STEM-related courses in Chemistry.

Dave’s business acumen and passion for education, sports, mentoring, and entrepreneurship was a catalyst to many of the worthy endeavors for which he was involved. He was one who truly used his platform to leverage opportunities for others. He conceived and produced youth programs such as the HIS Ranch Youth Summer Program, the 12+2 Men’s Youth Program, the annual Scholarship 3-Point Slam Dunk Contest, the Canton Peace Rally and Golf Classic, and his crowning charitable achievement, “Super Bowl Super Kids Super Sunday”, which was a precursor program to the modern-day NFL Experience. Dave knew the importance of experiences and through this program, he exposed hundreds of youths to professional football players and brought busloads of them to the Super Bowl to take part in the experience. He was instrumental in assisting his wife, Dianne, who directed the relief effort of Noah’s Ark Relief Center (NARC) in Jackson, MS, during the aftermath of hurricane Katrina. The center secured 242,000 (121 Tons) of food and commodities and served and assisted 4,998 people in the process. In his retirement, Dave and Dianne incorporated Dave Washington Ministries, Inc., where together they worked to enhance the physical, economic, and spiritual lives of families, youth and the homeless. Their signature project included giving backpacks full of toiletries, a Bible and other life essentials to the homeless.

The Christian values and training Dave received from his single-parent mom, grandmother and sister, and the influence of his father’s legacy, undergirded him his entire life. He was ordained by Rev. Dr. Jerry Young on September 23, 1990, at New Hope Baptist Church. He later became the Senior Pastor of Mt. Zion Missionary Baptist Church (Port Gibson, MS) and Shady Grove Missionary Baptist Church (Vicksburg, MS). Dave’s Ministry as an evangelist and pastor spanned the world as he reached youth, couples, families, prison inmates and all that would listen to his messages of hope from Lorman, MS, to Cape Town, South Africa, and everywhere in between. He received the Bill Glass Champions for Life Prison Ministries 250 Pin for forty-two (42) years of dedicated service through well over 300 speaking events. In his later years, his ministry included his Life Group ministry at Ridgecrest Baptist Church and work in the mission fields of Belize, South America.

While Dave’s accolades and accomplishments were many and varied, those that knew him, knew that his greatest achievement was his family and extended family who brought him immense joy. Dave genuinely enjoyed exposing kids to new places and experiences, mentoring youth, ministering to young couples and preaching the gospel of Jesus Christ.  His favorite scripture was Romans 1:16.

Dave was preceded in death by his father, Dave Washington; his loving mother, Susie Brown; and his sister, Florence Crawford. His exceptional life of unyielding faith, devotion to family and the greater good will be cherished by his wife of 51 years, Dianne Williams Washington; his children Dave (Tuesday) Washington, III of Jackson, MS; DarKenya (Sean) Waller of Franklin, TN; and D’Angelo Washington of Sandy Springs, Georgia; his sister, Charla Washington of Tuscaloosa, AL, and his sisters-in-law Rilanda (Willie) Williams McGill, Dr. Carri Williams-Pillers both of Madison, MS and Dorothy Williams Moore of Phoenix, AZ.  His words of wisdom and guidance will be remembered by his eleven grandchildren, Deanna (DaShawn) Jones and Dave Washington, IV of Gary, IN, Anthony (Christina) Washington of Anniston, AL, Marissa (Scott) Johnson of Clarksville, TN, Devyn Washington of Anniston, AL, and Ta’Myah Washington of Madison, MS, (Dave); Tyler Waller and Jordyn Waller of Upper Marlboro, MD, Dylan Washington, Sydnie Waller and Shaun Waller of Franklin, TN (DarKenya); and his eight great-grandchildren Khloe, Leah, Dave V, Noah, Nova, Carter, Amari and TaeLynn. He is also survived by a host of nieces and nephews, cousins and other loving relatives, students, players, friends. Although he may be gone from the body, his love, legacy, and passion for life will forever be with us all.

Our mission is to: 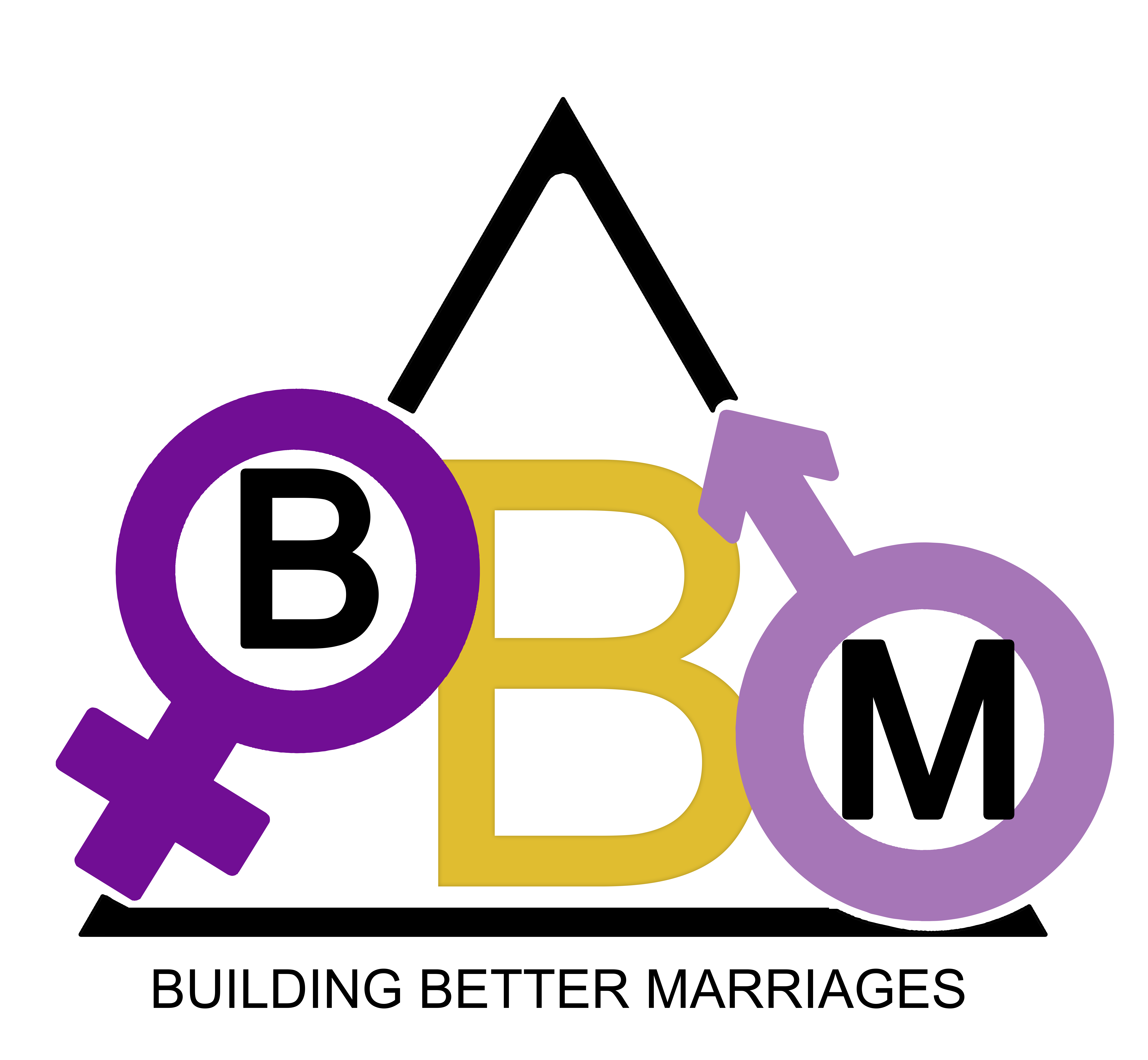 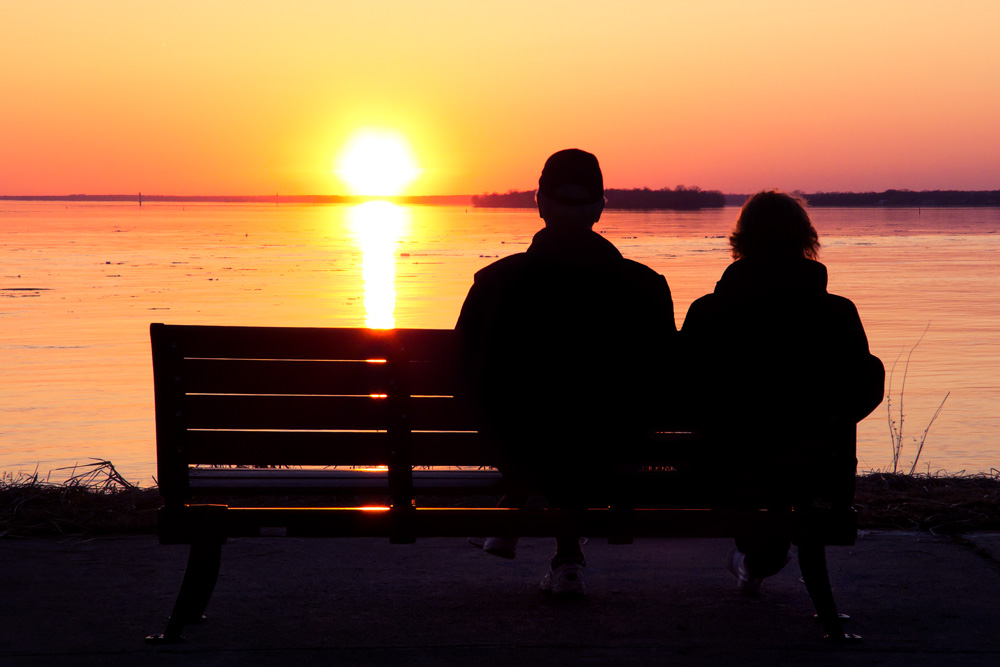 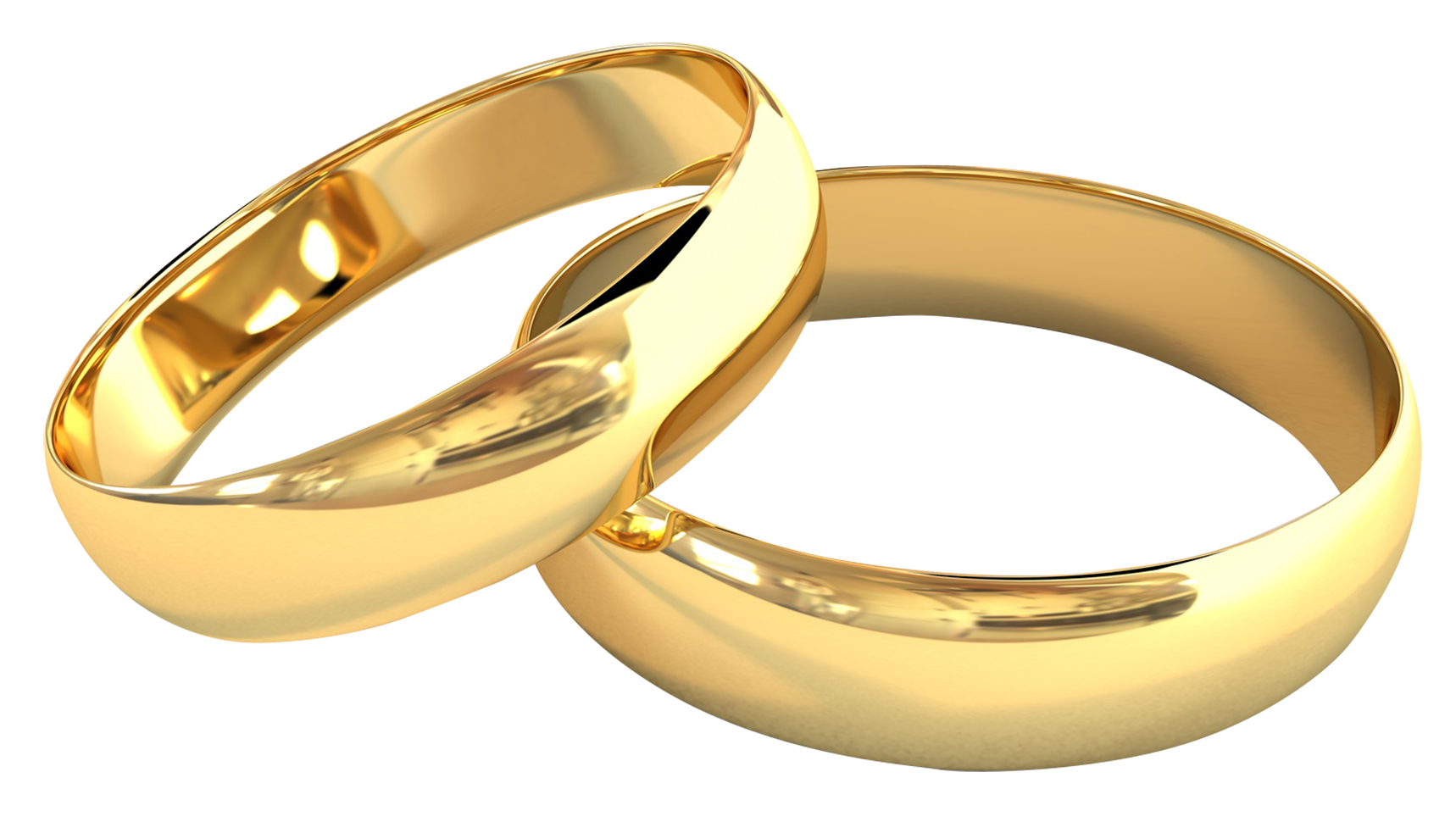 Make sure to check out Lady Dianne’s daily inspirational blog:  I am not a coffee drinker, however, “Morning Boost”  is the time I spend with the LORD.   Reminding you, “Whatever you must do today, there is a grace for that. Accept the grace and make it a sweatless day”. 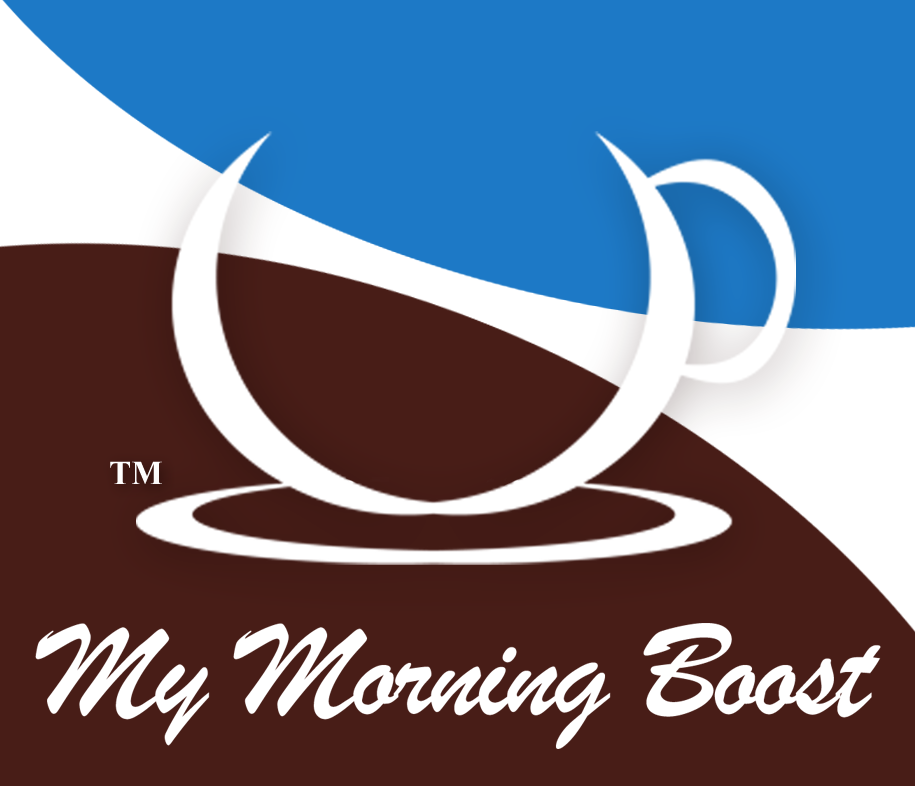 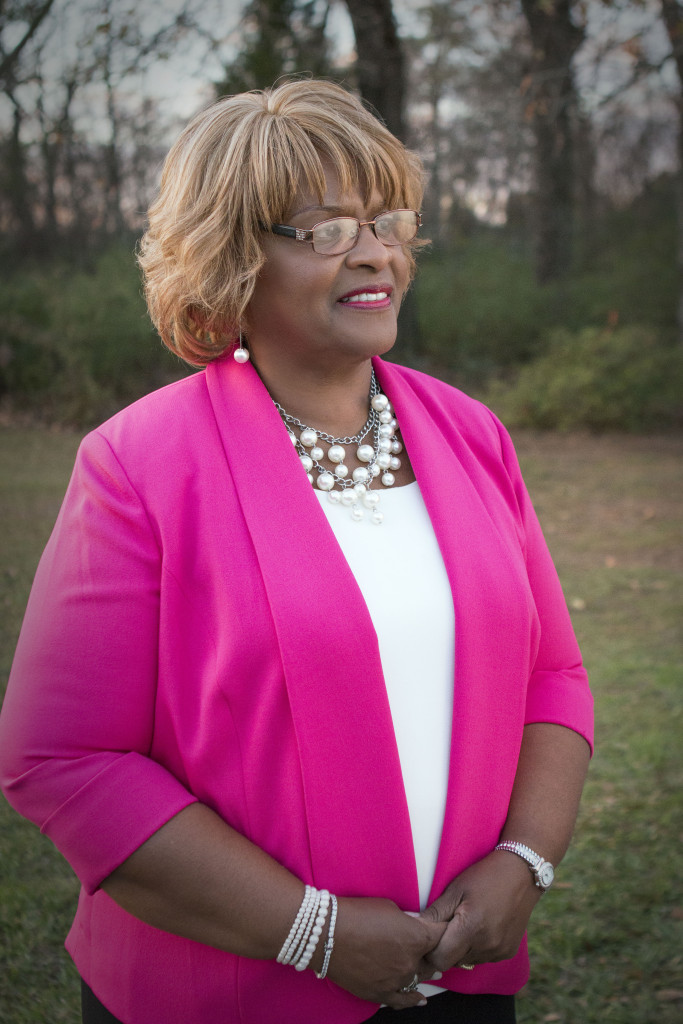 Pro Player Companies, LLC, provides goods and services across a wide spectrum through its business holdings and affiliations. 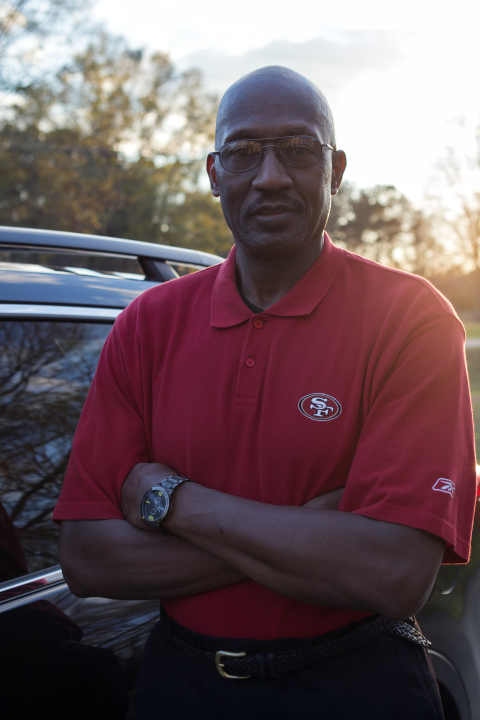 Alcorn Braves FanaticsLike Page October 19 at 9:51 AM · Congratulations Dave Washington, Jr on being to the SWAC Legends... 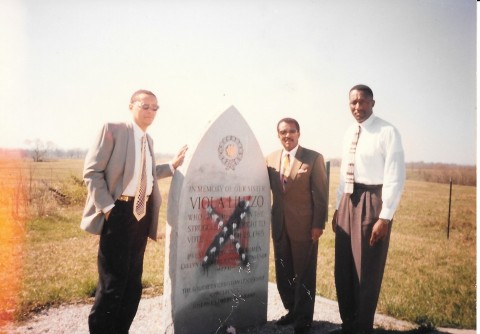 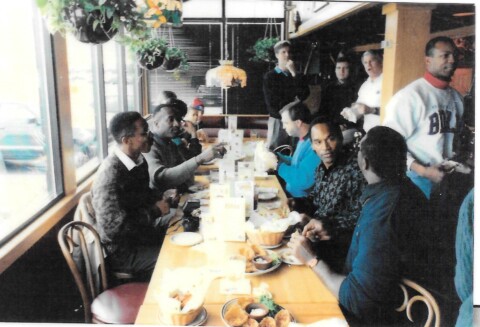 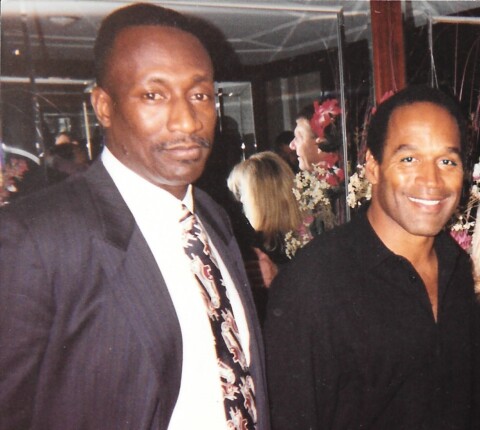 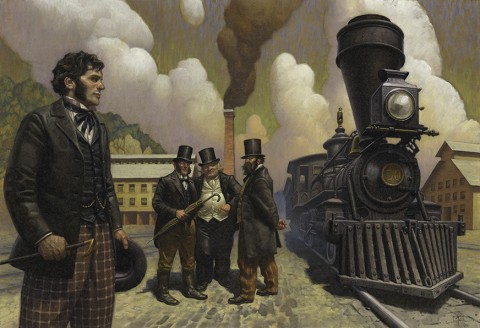 The NFL – Last of The Late Great Robber Barons

A few images from over the last few years